By Manuel Wisotzky
8 · 22 · 19
0 comments
Specialty Coffees · Coffee shops
Contents hide
1 Austria – influencing coffee culture for over 300 years
1.1 Are you a first-time visitor to Austria or a newly arrived resident?
1.2 Facing the challenge to order correctly in a Viennese coffee house
1.3 What’s so special about Austrian coffee?
1.4 Mokka, the basic unit for most of Austrian coffee preparations
1.5 How to order coffee in a Viennese coffee house like a local
1.6 A new coffee craze in NYC but of Austrian origin
1.6.1 Related

Austria, a small country in the center of Europe has contributed quite a lot to the development of modern coffee culture in Europe and far beyond. You will find many coffee shops around the world carrying names like Café Mozart, Vienna Coffee House relating to Austria. Even the American coffee chain Blue Bottle Coffee borrowed its name from one of the first Viennese coffee houses, the “Zur Flasche” (blue bottle) and established back in 1683. However, there is a dispute coffee house was actually the very first. Austria was formerly the center of the Habsburg Empire, tucked away in the alps and having only about the same number of inhabitants as New York City. But as little as this country is, it has had a significant influence on the development of European coffee culture over the last 330+ years.

Are you a first-time visitor to Austria or a newly arrived resident?

To make the most of your stay and avoid embarrassment, it’s a good idea to familiarize yourself with some local customs and peculiarities. Just trying to get some coffee in a traditional Austrian café can be a challenge. The choices offered will differ from back home – wherever that may be.

Facing the challenge to order correctly in a Viennese coffee house

Don’t make the mistake of ordering “a coffee” in a classic café. You will get nothing more than a blank stare by your waiter. If he is in a good mood, he may hand you a menu with a list of anywhere between ten and twenty different preparations. Some of these may resemble a coffee drink from home to some extent, but most of the choices will be different. And don’t confuse your waiter wit “Vienna Coffee”. This might exist somewhere else, but not in Austria. It is certainly a good idea to memorize the names in German, at least for your favorite choice. This will help to make your Austrian coffee experience a pleasant one.

What’s so special about Austrian coffee?

One thing you will notice is that most of their coffee preparations do not come pre-sweetened. Sugar dispensers are on your table and how much you want to stir into your coffee is your own choice.  Another thing is the generous use of whipped cream. The German word for it is “Schlagobers”. Mind you, it’s freshly made whipped cream, the real McCoy. If you grew up on the spray can version you will be in for a revelation and not be able ever to go back to that artificial stuff. There are also no flavored syrups, no soy lattes, no half and half. If you crave those you will have to go to the globally operating coffee chain that you always wanted to get away from. Yes, they are even in Austria and slowly gaining traction.  Several coffee preparations are fortified and flavored with a little alcohol. A shot of rum, (prune brandy), cherry brandy or orange liqueur will add a whole new level of flavors.

Mokka, the basic unit for most of coffee preparations

At the core of all coffee preparations in Austria is the “Mokka”. It is a strong black coffee which in the past was filtered in a special coffee pot called Seihkanne or Karlsbader Kanne. In this Wikipedia article, you can find some images of such a pot, the explanation is in German, however. Nowadays, for speed and convenience, most coffee houses prepare the Mokka in an espresso machine. It is like an Italian espresso, but not exactly the same as it is prepared with a little more water. Mokka is pure coffee and does not contain any chocolate at all. Traditionally, Austrian coffee houses used beans from Yemen or Ethiopia. Some coffee houses are proud of their own blends. However, these days many just use commercial blends from Meinl, Illy, Segafredo, etc. The Mokka was named after a port city in Yemen, once a major center for the coffee trade. The association of Mokka or Mocha with chocolate originated from a natural flavor component of coffee beans from Yemen hinting of chocolate.  Just as a side note for clarity, the term Mokka is also used for Turkish coffee, which is a totally different animal. Kleiner Brauner – Grosser Brauner If you like your coffee with milk or cream, order a “Kleiner Brauner” or “Grosser Brauner” = little or big brown one. This is just a Mokka served with milk or cream on the side which you can add yourself as you like. You have full control of the proportion that’s right for you.
Verlängerter A Mokka with hot water added, similar to an Americano. Verlängert means extended.
Melange (sometimes also called Wiener Melange) This is Mokka and steamed milk in equal proportions and a little milk foam on top. You can have a little cocoa powder sprinkled on top if you like. This preparation is like a Cappuccino but uses milder coffee beans.
Franziskaner Quite similar to Melange, but instead of milk foam there is Schlagobers (whipped cream) on top.    Kapuziner  A Mokka with a little cream added. The cream is not just any kind of coffee creamer but real cream, also used for whipping. The brown color is reminding of the cloak of a Kapuziner monk, thus the name. Einspänner A Grosser Schwarzer (double Mokka) topped with a generous amount of Schlagobers and served in a glass with a handle. This is a very traditional drink and was very popular with coachmen of horse-driven carriages. You still can see many of them in Vienna as they are a popular tourist attraction.

Another popular drink with coachmen, similar to the Einspänner, but fortified with a shot of Rum, Sliwowitz or Cherry Brandy. This drink will warm you up very well in . A is a carriage with two horses.

Kaffee (inverted coffee) This one is like a Latte macchiato. Hot milk is topped with milk foam, and finally, a Mokka is added to create a pretty drink with three layers, served in a tall glass. Maria Theresia Kaffee Looks like an Einspänner served in a different . But when you have your first sip you’ll know the difference. A double Mokka with a shot of French orange liqueur and topped with an ample amount of Schlagobers. Supposed to have been a favorite of the Empress Maria Theresia. And it is also my personal favorite.

A new coffee craze in NYC but of Austrian origin

A few years ago, a coffee shop in New York City, the Round K, reinvented this preparation and made it very popular on Instagram under the hashtag #eggcappucino. Some of you might shudder at the thought of putting a raw egg yolk into your coffee. This certainly is not for everyone. Be sure to use only top quality eggs. In many it is advisable to avoid supermarket eggs because of the risk of salmonella infection. The current narrative is that it is a Vietnamese specialty. This may be the case, but it existed in Austria already a long time ago when there was still an Emperor around, and Russia still had a czar. The names of the two preparations below still reference those long-gone times. Kaisermelange Raw egg yolk with some honey stirred in and gently added on top of a double Mokka. ZarenkaffeeSimilar to Kaisermelange, but instead of honey sugar is added to the raw egg yolk, beaten until foamy, then gently added on top of a double Mokka. 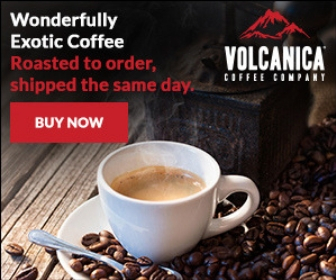 I am sure you have noticed that in good coffee houses the preferred preparation besides hand made espresso is hand drip or pour-over coffee. It is the artisanal way and also a very traditional approach to brewing your coffee. For a more upscale image, even some coffee shops of major chains use this method for single origin or single estate coffees.

END_OF_DOCUMENT_TOKEN_TO_BE_REPLACED END_OF_DOCUMENT_TOKEN_TO_BE_REPLACED

A coffee grinder will make a huge difference

Why a coffee grinder is essential for great tasting coffee   Have you ever wondered why your homemade coffee tastes harsh, bitter, lacks flavor, or even gives you heartburn? Should you buy more expensive coffee beans? Should you change the brewing method, get a...

END_OF_DOCUMENT_TOKEN_TO_BE_REPLACED The moka pot, a timeless Italian icon I believe virtually anyone has seen a moka pot, the iconic stove top coffee maker with its characteristic octagonal shape in shiny aluminum. After all, it is around for more than 80 years, practically unchanged. It was invented in...

END_OF_DOCUMENT_TOKEN_TO_BE_REPLACED

Unlimited Coffee Bar - a place for professionally prepared coffee The Unlimited Coffee Bar is a small gem of a coffee shop with top-notch specialty coffee in a charming downtown area of Tokyo. This neighborhood is bustling with tourists from all over the world....

END_OF_DOCUMENT_TOKEN_TO_BE_REPLACED What’s the buzz with cold brewed coffee?   Cold brewed coffee became more popular in the US only in the last 10 years or so, but it has already a long history. There is evidence that it has been around in Japan as early as the 1600s. Japanese have always been...